Who sets fashion trends and how they are determined.

Who sets fashion trends? Broad shoulders, Colorful fur, glossy black leather, which would surely appeal to the characters of “Matrix”, azure-blue color is just a small list of trends that will determine how we dress in six months.

A person who is not familiar with the mechanisms of the fashion industry may seem that the formation of trends results from general unconscious actions. They say designers are looking for inspiration, each in their own, and then their creative lines intersect in some unthinkable way. Everything is much more prosaic. The return of one or another fashion decade, the popularity of a specific color (and sometimes even a definite shade), the actual cut is a credit not only to the design departments of the brands but also to people who are called trend hunters. A trend hunter is a person who sets fashion trends. They are those who know what we want to buy in six months or even a couple of years.

Knowing what customers would want, you can make a product they, for sure, will like – and earn much more money. Trends prediction is the work of people whose task is to find new trends, moods, and desires of society. Such analysts work not only in the fashion industry: trend hunting today is one of the most popular professions in any field, from pharmaceuticals to advertising and entertainment. Giant companies such as Coca-Cola and Forever 21 spend millions of dollars to consult with trendsetters or trend books with the right information (Forever 21 has its staff of trends hunters). Why do they need to do that? The answer is simple: knowing what customers will want, you can produce a product they will surely like and earn a lot more.

There are several leading agencies in the fashion industry to predict trends (they are also called forecasting agencies), whose names are familiar to every major and small brand. One of the most famous “predictors “ is Lidevy Edelkurt, who has been working in this area since the 1970s and who sets fashion trends now. Her agency is the Trend Union, which cooperates with clients not only from the fashion world. During her time, Edelkurt consulted, for example, Coca-Cola Corporation on the way Sprite should position itself in the market with a new, younger generation of customers. If you examine the interview with Ladyvia, her job is not to look into the magic ball to see the color of the season. Edelkurt and her team investigate behavioral patterns and make assumptions on this basis regarding the future direction of fashion in the coming years.

Some years earlier, she told us that society was becoming more and more infantile, falling into permanent nostalgia for childhood, thus as if forming a protective cocoon around itself. Unfavorable environment and never-ending stresses make us remember our favorite escapist trick from childhood: “I’m in the house, nobody can see me”. The result is the mass appearance of so-called kidults, movies about superheroes, cartoons made not only for children but also a bunch of fashion trends: shortened tops and sweaters, clothes with inscriptions and “frivolous” pictures and so on.

Another significant player in this field is the London agency WGSN, founded in 1998. This agency works not only in fashion but also offers clients in the fashion industry a complete package: consultations for short (two years) or long (from five years) periods (with such a timeframe all trend predictors work), market analysis, a library of images, which designers can use when creating collections. Besides the full report, which costs a lot, anyone can order an e-mail subscription: the WGSN team regularly shares curious findings and articles on current trends and how they will affect future fashion.

There is also LS: N Global, a subsidiary agency for consulting The Future Laboratory company. Three years before LS: N Global made a long-term forecast of the phenomenon “Flat Age Society”, that is means “societies without age”. As it was mentioned in the report, biological age has no importance anymore: older people are more eager to keep an active lifestyle, to travel and to wear clothes “for the young”. We can see the echoes of this macro trend these days: there have been talks that fashion has stopped focusing on age, and brands and magazines seem to have discovered a new wonderful world of models older than 25 years. Among the examples is the American Apparel advertising campaign with 62-year-old Jackie O’Shaunnessy or the shooting with 48-year-old Christy Turlington for Valentino.

Many people from different fields cooperate with each forecasting-agency: sociologists, sociocultural anthropologists, marketing specialists, and so on. The companies themselves in each strategically important city (say, New York, Berlin, Tokyo) have their own “special agents” who research the environment and the people surrounding them and notice local trends. Whether it’s the way the locals tuck their jeans in instead of cutting them; or the sudden appearance of many bakeries with buns of Cinnabon.

Street-style, for example, is not the one we are used to seeing in reports from fashion weeks, but an important source of information for trend-hunters. Like Instagram and other digital platforms, WGSN even has a department that studies millennials that use them actively. All these experts meet at a designated time and place to share research results. They talk about everything: not only about art or culture but also about politics, science, and modern technology.

It only seems that the change in fashion trends is like a chaotic Brownian movement and is not subject to logic. It is a process that acutely responds to moods in the world. Nobody knows if Christian Dior would have become a legend in his life, offering his fresh look five years earlier or later. But he felt in good time what women wanted after the war, and that is why he wrote his name in history.

Designers of the 1960s had no trend books, which didn’t prevent them from inventing clothes for younger, newer shoppers inspired by the dreams of space. After half a century, nothing has changed in this process. Intermediaries now do some work for the designers.

Another part of specialists, in parallel with the study of the general picture of the world, does more applied research. Trend hunters who work with fabrics and materials learn about the latest technological developments in this area, and those who specialize in color, study the shades that will be popular in the coming years. These are related to general social trends. The active development of innovative materials (waterproof, allowing the body to breathe) is carried out owing to the growing interest of people in fitness and a healthy lifestyle. The trend for athletic leisure and elements of sports style also came from there, as it is easy to guess.

After analyzing all the data received about materials, colors, habits of millennials and their parents, political sentiments, and economic forecasts, agencies make trend books – catalogs, which describe future trends with a perspective of at least two years ahead. They offer designers and marketers not only recommendations on what shade of red will be in demand in the next seasons, but also quite definite predictions about themes and styles.

Here is an interesting example. In 2013, the New York Metro Museum launched the “Punk: Chaos to Couture” exhibition. The subject of this exhibition was known two years before, so already in 2011, forecasting agencies could predict increased interest in the punk style. As a result, punk has become one of the major trends in fashion weeks in the autumn of 2013. This should hardly be attributed to the sudden mass nostalgia of designers in the subculture of the 1970s.

Some trends are less specific. Say, agencies can provide a benchmark in the spirit of “because of the fatigue from the increasingly aggressive globalization and concrete boxes of megacities people will seek to get closer to nature.” Designers, who sets fashion trends, can interpret this information in different ways: someone is interested in a floral print, while others want to focus on natural materials of natural shades. Nobody perceives trend books and predictor’s advice as a direct guide to action. It is a vector by which each brand can move according to its views.

But even professional trend predictors are not always right. In February 2016, the Observer portal published an interview with Romney Jacob, a trend hunter from WGSN. Here she said: “Luxury has changed, and now it is considered being a Movietone to wear the logo of expensive brands or status bags.” All this made sense in early 2016 (not considering the consumers of luxury suites from Asia, of course), but a few months have gone, and there appeared the same “kitsch” logos on the podiums. Remember Louis Vuitton bags with a monogram or Gucci T-shirt from the show Resort-2017, as if it was found on the ruins of the Vietnam market.

Now all trends are set by consumers without guessing about it.

The fashion for logos is coming back. However, its consumers want to show an ironic attitude to labels and expensive brands, rather than to flaunt their wealth. While fashion seemed to have reached a state of stylistic nirvana, hanging somewhere between the new minimalism and athleisure, new heroes led by Alessandro Michele and Demna Ghassalia occupied the stage. And it’s not about the incompetence of trendsetters, but that consumers’ moods are changing today with incredible speed, which results in a dizzying rotation of trends.

It may seem that the trend forecast applicable to fashion levels out the very idea of design as a mission of creative idea, and the designer as a genius of color and cut who dictates the public what to wear and who sets fashion trends. It was so until the end of the last century. We know the example of Cristobal Balenciaga, whose futuristic dresses look relevant in modern fashion, or Rei Kawakubo, who was several decades ahead of the trend of feminism and women’s right not to look beautiful in a conventional sense.

Despite the appearance of the opposite, consumers now set all the trends without guessing about it. Here is where we can remember the famous quote of the American fiction writer William Gibson: “The future is here. It’s not so widely spread yet,”. The mission of trendsetters is to count codes forming the future trends in time, to transfer them into a comprehensible language, and to share them with brands. The mission of brand and designer who sets fashion trends is to analyze the information received, turn it into a visual language, and present it to customers as a new collection. Everything comes down to the fact that the fashion industry is a serious business, and large companies have no right to take risks: they must give their customers what they want. It is more like a true that customers unconsciously wanted a couple of years ago, but realized it only now. 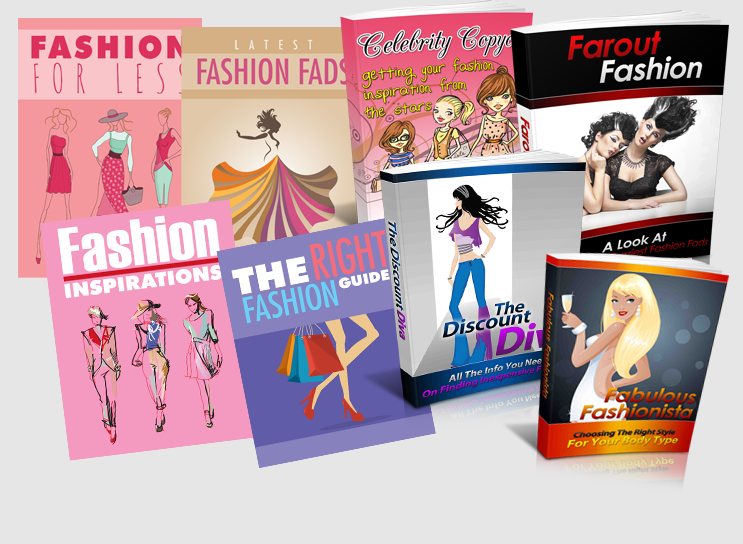